Search Results for: the orchestra

Extended video below! Cleveland Music Group has set a new standard for live musical performance with this amazing band in your choice of sizes and configurations. Featuring the finest musicians and singers in the field, this group can literally play anything with unsurpassed polish and skill. Formerly known as The Jerry Bruno Orchestra and The Jerry Bruno Band.
END_OF_DOCUMENT_TOKEN_TO_BE_REPLACED

Sam Romano has been playing acoustic guitar and singing for over 25 years. He comes from a musical family and is a multi-instrumentalist, well-versed on drums, keyboards, bass, mandolin, banjo and vocals. 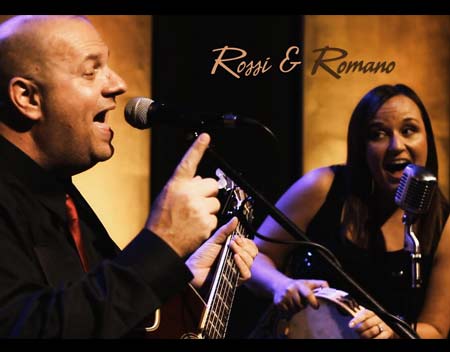 Erin Rossi and Sam Romano are teaming up for the first time as an acoustic duo after having known and worked with each other in various projects over 12 years.

Sam Romano has been in the Cleveland Music scene for over 25 years and plays the guitar, drums, keyboard and bass. He plays the drums in and lends his amazing vocal talents to The Orchestra and The ‘A’ Band.
END_OF_DOCUMENT_TOKEN_TO_BE_REPLACED

Mike Fisher is a classically trained trumpet player who has played in the Cleveland area for over thirty years. He has won The Martha Holden Jennings Award for outstanding instrumentalist in Ohio (awarded through the Cleveland Institute of Music), and has received his training through Charles Schleuterer (formerly assistant 1st chair with the Cleveland Orchestra) and Charles Hois (Pittsburgh Philharmonic).
END_OF_DOCUMENT_TOKEN_TO_BE_REPLACED

The Sonata Chamber Ensembles are represented exclusively by Cleveland Music Group. The Sonata Strings includes symphony-calibre performers who also appear as members of our most-requested wedding band, The Orchestra. The strings are often featured strolling at dinner time for charming personal performance.

The String Quartet (traditionally, two violins, viola, and cello, as heard below) is a perfect choice for wedding ceremonies, cocktail hours, or any kind of event where a fine musical presentation would be appreciated.

The Sonata Strings is also available as a trio (two violins and cello) and have performed with various featured instruments, such as flute, trumpet, and harp. Please note that the quartet is recommended for contemporary song choices. Song choices for the duo may be limited due to instrumentation.

END_OF_DOCUMENT_TOKEN_TO_BE_REPLACED

Lead by Guitarist Dwayne Dickman, The ‘A’ Band is a 6 to 8-piece version of the The Orchestra that includes the rhythm section (bass, drums, guitar and keyboards), featured vocalists Raquel Vega and Blaze, and optional horn players. During peak season, this configuration is typically not available on Saturday nights.
END_OF_DOCUMENT_TOKEN_TO_BE_REPLACED