Simple Math: Filling the Dance Floor a Year Ahead of Time

The equation really is simple math:

But not everyone is good at math, so class begins now – a year before the test.

There are so many factors that can contribute to (or take away from) a full dance floor at a wedding reception or other special event.  Many of these factors have nothing to do with the DJ.  Time and location of the actual ceremony, venue of the reception, weather, parking, traffic all have an influence on the guest experience and therefore on the dance floor itself.  Obviously, we can’t control all of these things, but as entertainment consultants we have to help clients become aware of these factors, control whatever can be controlled and adapt them to contribute to a full dance floor.  This takes careful planning from the very beginning of the planning process.  The actual event may be a year from now, but because there are so many things – let’s call them “dance floor factors” – that can be controlled and need to be planned far in advance, our team’s job is to start filling the dance floor…now. 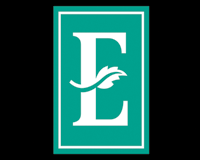 Don’t know what you got till it’s gone. That’s what one of our past grooms realized when he went to his friend’s wedding a few months after his own.

Jonathan Neidhart got married in August and hired DJ Scott Jones. He had a great time, but took it for granted.

Two months later, Jonathan attended the wedding of one of his friends. At the reception, he didn’t find himself dancing or mingling or celebrating his friend’s new life. Instead, he found himself missing the DJ from his own wedding.  So, Jonathan pulled out his iPhone and sent this message to Scott:

Just wanted to send you a note to tell you how much we truly appreciated your DJ services at our wedding on August 13, 2011… Jaime and I are currently at a wedding reception, and the DJ here is terrible… We never really realized how much work it took to be a good DJ, and we are really thankful that we hired you as our DJ. If we ever need a DJ for any other event that we have, you’ll definitely be the one we call!!

Thanks again for everything!!

Geoff Short of Jerry Bruno Productions is proud to be a new contributing blogger for Mobile Beat Magazine online.  Mobile Beat is a leading DJ industry publication and Geoff will be writing various articles relating to the DJ business periodically.  Here is a Geoff’s latest Mobile Beat Blog entry:

Like many DJs, I have a varied entertainment background.  Being a well-rounded performer can only help a DJ be a more effective entertainer.  In addition to being a DJ, I’m a singer and currently the Band Leader of a 10-piece wedding band, but I have also spent a lifetime performing in live musical theatre productions and have directed them as well. So it’s not surprising that I often look at the profession – and, indeed, the art – of DJing through the lens of other performing art forms, especially theatre which naturally has a lot in common with DJing – rehearsal, public speaking, interaction with a live audience and technical elements including live sound reinforcement and of course, creative lighting.

Typical DJ gigs don’t involve curtain calls, but a look at some of the basic ways lighting is used in live theatre productions might get us closer to a standing ovation at the end of the night.

I was just reading a thread on one of the seemingly infinite online DJ forums.  This particular discussion caught my attention because it posed a question I’ve thought a lot about lately. Whether or not modern DJs actually need tons of state-of-the-art gear many of us seem obsessed with to be truly great entertainers.   I am still fairly new to the mobile DJ scene so it feels like I still have an objective point of view about the DJ profession.  I’ve been amazed at how much focus there has been in the mobile DJ community on gear that doesn’t actually make any music – specifically lighting.

I have a theory.  We dig toys.

Click to read the whole article: All the (DJ’s) World is a Stage: Why DJs could learn Lighting Lessons from the Theatre

Jerry Bruno Productions‘ Agent, Band Leader and DJ Geoff Short is proud to be a new part of the DJ Video Network, a DJ-focused website dedicated to webcasting videos about the DJ profession.  Geoff produces DJ gig log videos and other performing arts documentary videos the DJVN recently included his video channel “Call-Back with Geoffrey Short” on its programming line-up!  Check out Geoff’s show at: https://djvideonetwork.com/youtube/call-back-with-geoffrey-short

A View from the Stage: The Aggressive Requester or “PLAY ‘SHOUT’ OR DIE!!!!”

A-ggres-sive Re-quest-er: (lat. Requestus Obnoxious);  aka Party Neanderthal – 1) Wedding reception Guest (usually male) with an inability to handle social drinking in any civilized way – usually presenting itself  with the alcohol-induced hallucination that unless the creature hears a particular inane song of choice IMMEDIATELY, it will die – usually leading to verbal assault on the band or DJ on duty.

What is it with some people?  Throw back a few drinks at a reception and they start treating  the band or DJ like their own personal ipod.  Don’t get me wrong – we always want guests to have a great time and keep the dance floor full and polite requests are expected and even welcomed at many events.  But you know the type – the drunken goon whose beer-goggles (or, in this case, earphones) lead him to believe that unless the band plays the particular song of his choosing, the Earth will crack open like a walnut.  Ironically this pickled heckler’s “requests” are never really requests at all, but insistent demands bellowed after every song that isn’t his tune of choice.

And why is it that it’s never like a really unique or interesting song?  I’m really starting to believe these buffoons’ musical vocabulary consists of “Hang On Sloopy” and “Let’s Get Drunk and Screw”.  I’ve even started mentally giving a prize to the first over-served party boy to loudly demand we play “Shout” (usually somewhere near the top of the 2nd set)!

I realize this makes me sound like a party snob or something, and I really don’t mean to be.  I like a good drankin’ song as much as the next guy.  But the fact is, these types of guests can be really disruptive to a band or DJ as well as the other guests.  Even worse, they sometimes get threatening (I’d love to be a fly on the jail cell wall when this guy tries to explain to the cops that he assaulted the DJ because he wouldn’t play “Sweet Caroline”!).  It’s a good bet that this obnoxious guest hasn’t been in on any of the planning for this reception and probably doesn’t know that the DJ has strict guidelines from the clients who are paying not to play certain songs or types of music, not matter how politely the DJ might try to explain that.  Not to mention the fact that we actually do like those tunes too and would have played them in due time anyway.  They’re great party songs.  But for most artists, the more a guest screams at us, the less likely that guest is to ever hear that song at this event.  We are there to do a job and like, everyone else, demand the respect that affords.

I guess I’m a little biased.  I’m not a song requester type.  In all my years of experiencing live music, I’ve never felt the need to infuse any of my personal song preferences into a band or DJ’s set list.  I’m sure it’s because I’m usually the one performing the music week to week and I know how constant requests can take your eye off the ball of trying to keep the dance floor full.  But when I’m not performing, I’m usually cool with whatever the band plays.  I just like watching live bands and DJs perform their craft – good or band, to me it’s always interesting.  The actual songs being played have little to do with it for me.  It’s either a good dance song or it’s not.  And if the setting I’m hearing said music in happens to include some social drinking, that has a much different effect on me than it seems to on the song request bully.  After a couple drinks I’m digging every song and become the friendliest dancer on the floor!  This band is AWESOME!!!

So if you’re an Aggressive Requester – and you know who you are – take it easy.  Just let the band or DJ do their thing and enjoy the night.  If you don’t like a song….go get a drink.  Scratch that – go get a cup of coffee.  But if you think you can’t handle that, load up Hang On Sloopy, Brown-Eyed Girl and Shout on your ipod and jam the night away…from the comfort of your car…..out in the parking lot!

Just kidding – we’ll get those tunes on in the next set!

Geoff is the Sales and Promotions Manager at Jerry Bruno Productions and is a DJ and the bandleader of JBP’s band The Avenue.

Our own DJ Tommy Dwyer was selected today by News Net 5 Cleveland as a “Terrific Teacher!”

Mr. Dwyer was chosen a Terrific Teacher for the way in which he engages with his 8th grade math students at Ridge Middle School. He keeps the students interested in math by combining his love of music into his class. View the video below and read the full story at News Net 5.