Fantastic client service from CMG and great talent from our artists!

CMG – Erin in the office was phenomenal to work with! She was available to answer any and all of our questions in a timely manner. She made selecting and finalizing our music and lighting needs for our big day seamless and easy.

Nate – Nate was a PHENOMENAL performer! He set the scene for our summer evening outdoor ceremony at the Botanical Garden with his beautiful guitar playing. He also sang/played guitar during our cocktail hour where he had raving reviews from all our guests. He was very professional and easy to work with in the planning process. He helped us select songs for processional/recessional and the cocktail hour and performed the beautiful. He arrived early to set up and run the mic for our officiant as well as his own set up. Nate is a very talented performer and provided the perfect backdrop to our celebration!

Jul – DJ Jul was great to work with through the planning process and made us comfortable going into the ceremony. His intake form was easy to fill out and helped us structure our evening and song selections. His setup allowed our guests to text in song requests which was an awesome feature. He did a great job reading the vibe of the party and tailoring the playlist to what our guests were interested in dancing to. We had a slight issue with the mic during the Father of the Bride speech but he was able to make adjustments and fixed the issue for the following two speeches. Overall, he did an awesome job!

We loved DJ London Bridges. He was extremely attentive to our requests and kept the environment fun and exciting. He’s very personable and great to talk to. Would highly recommend for any event you are considering him for.

DJ Ed was the perfect addition and vendor for our wedding! He was easy to work with, good with communication, and let us personalize our playlist. Plus, he really brought the energy — our guests loved him!

DJ Eric really made our day magical! It was everything that I imagined and more! Eric really took the time to see what we wanted and make it come to life! I have no complaints. I will forever recommend DJ Eric and Cleveland Music Group!!

Thank you for making our day amazing!

Erin and The Element Band was absolutely amazing! Several people who I’ve never seen dance before were out on the dance floor dancing the night away! We received several comments that this was the best wedding ever, and the band was a huge part of making it so fantastic! They played my ceremony music, a mic for us and our officiant during the ceremony, a playlist for cocktail hour, and then provided dinner and reception live music. Basically, they do it ALL! Erin was a perfect emcee and provided the energy and fun we wanted.

Often when I’ve heard live music at weddings the sound can be overwhelming, however, that was never an issue because they had a sound tech at our event all night making sure it sounded great. I seriously could not recommend them enough, they were absolutely perfect!!!

DJ James Fruits was a fantastic DJ!!! Prior to the wedding, James was well organized, great at communicating and made the DJ planning really fun! The day of our wedding he really kept the dance floor moving! He did an absolute great job reading the crowd, I had many people come up to me and tell me how great he was. My husband’s family is Romanian and he played a few Romanian songs which our guests loved!! It really brought everyone together. James also performed live during dinner service and he was fantastic! Our guests were very impressed. He really kept the night moving and I cannot recommend him enough for any wedding!!

Angelina and Carey performed at our Catholic wedding ceremony and it was absolutely beautiful. They were both very well versed in Catholic ceremonies and knew when music was needed for each part of the ceremony and had great suggestions. Angelina and I had one phone call and a few email correspondence and the rest she coordinated with the church! Working with both of them was super easy and they both did a fantastic job!

Thank you so much!

DJ Eric did a great job! We got multiple compliments during and after the wedding of how great he was!

Everything we wanted and more!

DJ Eric was beyond amazing to work with and completely exceeded our expectations on our wedding day! He helped us thoughtfully curate playlists for each part of the night and was unbelievably attentive to the crowd as we danced the night away. He played the perfect mix and kept the dance floor packed all night! We received so many compliments on how amazing he was and would recommend him to anyone getting married who wants a DJ that will meet their music tastes while also keeping their guests happy and having a good time!

We booked the Sonata Strings quartet and Carey Viton (piano) to play the music for our wedding ceremony. They both were very nice, easy to communicate with and did an amazing job at the wedding! So many people complimented the music. I highly recommend them! 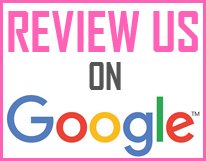