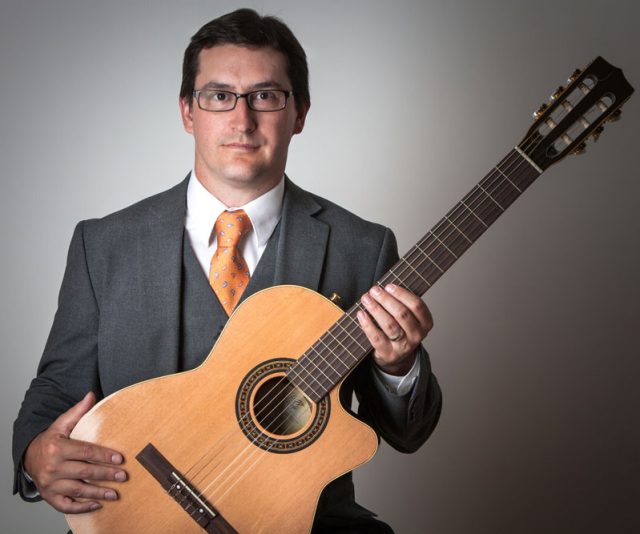 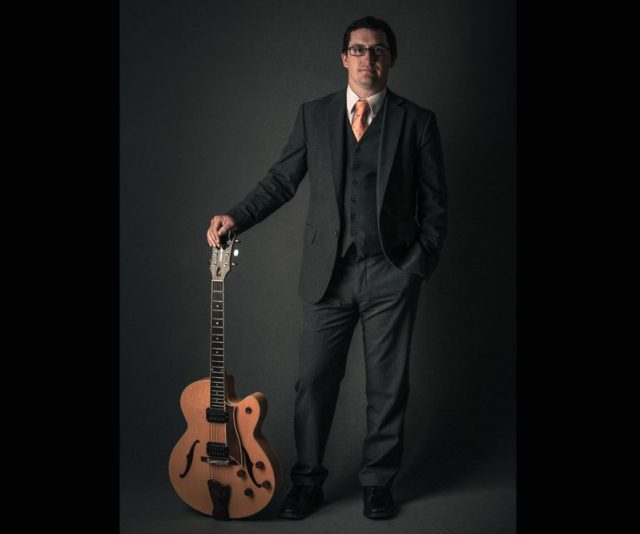 By embracing the influence of his heroes from the jazz tradition and retaining his own musical personality, guitarist Dan Bruce has developed a unique and impressive musical voice. A recent transplant to Ohio after spending a decade as an important member of Chicago’s vibrant jazz scene, he is active throughout the United States as a performer, recording artist, composer and educator.

Bruce’s first album, A Single Thread, received praise from both fans and critics. Martin Gladu of allaboutjazz.com wrote, “A Single Thread combines his learned guitar work, which is at times reminiscent of Ben Monder, with substantive yet airy, contemporary sounding compositions,” and Chuck Vecoli of jazzreview.com called it “A brilliant first effort.” Bruce’s much-anticipated second album, Earthshine, came out this October on the Ears and Eyes label. He has performed on more than twenty-five albums as a sideman, and he has worked with a number of eminent musicians including Seamus Blake, Ali Jackson, Dan Wall, Lynn Seaton, Marvin Stamm, The Cleveland Jazz Orchestra, Daniel Lippel, Rose Colella, and Marquis Hill.

“…a skilled, seasoned player, one capable of filling the space left by an accompanying harmonic instrument with aplomb and finesse.” – Martin Gladu, allaboutjazz.com

“Daniel Bruce is without a doubt one of the finest of today’s young jazz guitarists. He plays with great creativity, soul and intelligence.” – William Piburn, Fingerstyle Guitar Magazine