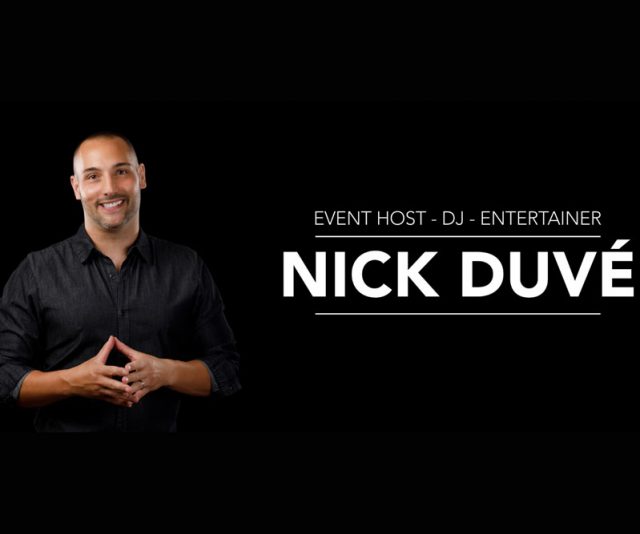 Nick Duve has hosted, DJ’d and presented at thousands of events over the past 21 years throughout the U.S., helping to create memorable, interactive experiences for a range of audiences. From a young age, Nick knew he had a love and passion for DJing and being with people on some of the happiest moments of their lives.

“It’s a real honor to be part of the best nights of peoples’ lives. Even after over 20 years, I still absolutely love what I do. I naturally have a happy and outgoing personality and being able to share that with others is my favorite part about being an entertainer.”

In 2012, Nick moved to Orlando, where he earned a Master Entertainment Contract with The Walt Disney Company and Disney Fairytale Weddings. Nick was one of only ten DJs who held a master contract for Disney Fairytale Weddings from 2012-2014, after which he moved back to Northeast Ohio to get married, have a family and be closest to those he loves the most.

His professionalism and dedication to the industry have allowed him to travel the country and earned him multiple industry awards and high profile contracts with national leaders including Microsoft, The Walt Disney Company, Adidas, Footlocker, the NBA, Universal Orlando, Major League Baseball, the American Red Cross and many Fortune 500 companies. In 2018, Nick and his husband were contestants on NBC’s The Wall, where they had an opportunity to share their adoption journey to the world. In 2019, Nick had the honor for opening up for Lady A in Las Vegas and continues to work with many of the same organizations and promoters to provide exceptional, world-class entertainment throughout the country.

Nick looks forward to being part of your special event soon!