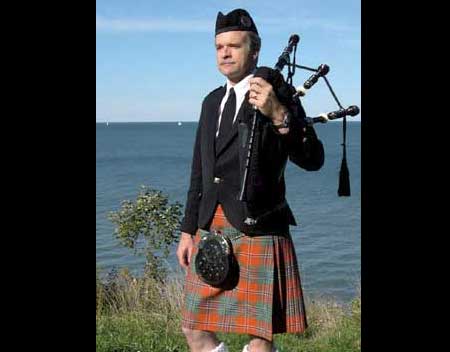 Duane Dickson has played Scottish Highland bagpipes for over 35 years. Duane also plays Scottish smallpipes: a mellower, quieter sounding bellows-blown bagpipe, which can add ambiance to quieter moments in your ceremony. Duane offers a choice of kilts and jackets to wear for your event.

Duane has played in several competition pipe bands in the Northeast Ohio area. In 1979 he joined the MacGregor Pipe Band of Massillon, and the next year became pipe major leading the band from Grade 4 to the Grade 3 North American Championship in 1985.

Duane entered and placed in many solo competitions from 1979 through 1986, ending in Grade 1. He has also competed in the Clan Moffat Pipe Band and the Western Reserve Pipe Band. He joined Cleveland’s North Coast Pipe Band in the fall of 1993, and has competed in the band throughout the United States and Canada, and twice at the World Pipe Band Championships in Glasgow Scotland.

Duane offers a choice of kilts in case you prefer a certain look or want him to color coordinate with your wedding colors. He also has two different jacket styles: a Prince Charlie jacket that is worn with a tuxedo shirt and bow tie for formal occasions, and an Argyle jacket worn with a white shirt and necktie for less formal events. Any of the kilts can be worn with either style jacket. Just let him know if you have a preference. 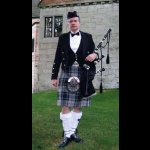 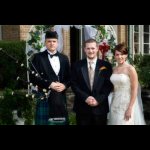 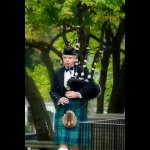