Esto Jazz is a contemporary Jazz group led by Saxophonist Bob Esterle, who has been performing and recording throughout Northeast Ohio since 1984. Esto Jazz is a group of musicians who enjoy playing a variety of good music especially Contemporary Jazz, Instrumental Pop, Swing and Latin styles.

Esto Jazz is a contemporary Jazz group led by Saxophonist Bob Esterle, who has been performing and recording throughout Northeast Ohio since 1984. Esto Jazz is a group of musicians who enjoy playing a variety of good music especially Contemporary Jazz, Instrumental Pop, Swing and Latin styles.

The Esto Jazz song list includes music by contemporary artists such as David Sanborn, Stevie Wonder and Earth Wind and Fire, as well as Jazz Classics written by such greats as Duke Ellington, George Gershwin, and Rodgers and Hart.

This group ranges in size from duo to quartet depending on budget, space and volume constraints. 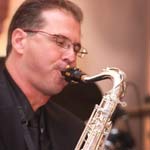 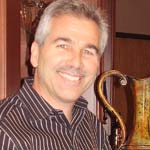 Domnic Reto, Piano/Keyboards, has enjoyed music for many years. He has a great ear and a real knack for making people stop and listen to his talent for tickling the ivories! Dominic began playing the piano when he was ten years old. He started taking lessons in Warren, Ohio and studied music through the next ten years with a variety of teachers covering technique, theory, style and history. Dominic was able to develop a truly appealing style of his own playing genres ranging from Smooth Jazz, Jazz Standards and Jazz Fusion to contemporary Blues, Motown and Classic Rock. He has written and performed several songs and over the years has enhanced ensembles including Traces, Cruise Control, John Morton & Friends and The Steve Cipriano Band. 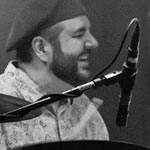 James “J.R.” Richley, Drums, has performed internationally as both a drummer and percussionist in a wide variety of musical styles. From his early days as a staff studio musician for Walt Disney Productions in Los Angeles, he has gone on to record albums for numerous record labels including Universal Records (with producer John Simon), MCA, Atlantic, Koch Jazz, 1201 Music, Seismic and Blaster records. His Radio, DVD and Television credits include performances on PBS, Michael Feldman’s National Public Radio (NPR) show “WhadYa’ Know?,” “A Christmas Spectacular” for Dish Network, and numerous others.

The Esto Jazz Trio was absolutely perfect for our Grand Mother’s Day Brunch hosted at Landerhaven. 657 guests enjoyed the music, and thought it was just perfect for the setting. We are looking forward to having them back next year to do it again!

The music of Esto Jazz made the event comfortable and more fun.

Bob Esterle/Sax and Dominic Reto/Keyboard are an outstanding Jazz Duo. They embraced our Tropical theme along with their extensive repertoire. Bravo and thank you!

Nothing but good things I can say about the Esto Jazz band. They were very professional and accommodating to the proper noise level for our fundraiser. Very nice to work with and they played great music! We would definitely hire them again.

You helped make our wedding amazing! The band was great-helped create the mood we wanted for our cocktail hour. DJ Mike Alexander is beyond fabulous! He was our favorite person to work with during our planning process. Overall, I would 100% recommend you in the future!

Esto Jazz exceeded our expectations. I would highly recommend them. Over 600 people attended our 2010 Luxury Products Show. It was the most successful event in our company’s history and having Esto Jazz perform made the event even better.

I have gotten so much positive feedback from the employees and their spouses regarding your trio. I personally thought that the song selections and quality of the music exceptional and plan on requesting that your band play our holiday party in 2010. We were totally pleased with your performance.

The trio worked out great and we got a lot of compliments! I’ll certainly refer them in the future!