Jeff Slater earned his Bachelors of Music in Music Theory and French horn at Baldwin-Wallace University and did masters work in classical and jazz music theory at the University of Wisconsin at Madison and Truman State University. Jeff plays both electric and upright bass and is well versed in all styles of jazz, R&B, rock, and world music.

Eric Everett has nearly four decades of drumming experience, studying privately at Baldwin-Wallace Conservatory and performing in Case Western Reserve University’s small group Jazz and Big Band ensembles under Paul Ferguson. At CWRU, he participated in the Tri-C Jazz Fest and was a member of Cleveland 90’s bands, Public Library and Five Minutes Fast. He is a contributing writer for Modern Drummer, Classic Drummer, The Drummer’s Journal UK, Drum! and DrumHead Magazine.

Firelands Jazz Trio can also optionally add Michele Edwards, a veteran vocalist who has extensive theatrical experience performing at Severance Hall, Playhouse Square and Karamu House. She has traveled nationally and internationally as a gospel vocalist and has expanded her repertoire to the American Song Book. She also joins the trio to perform as the Elation Band, providing 70s-90s, R&B, smooth soul and jazz. 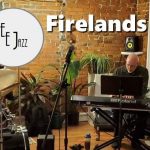 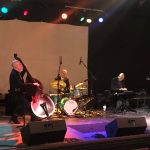 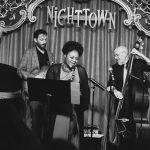 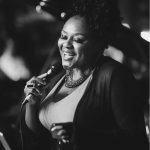