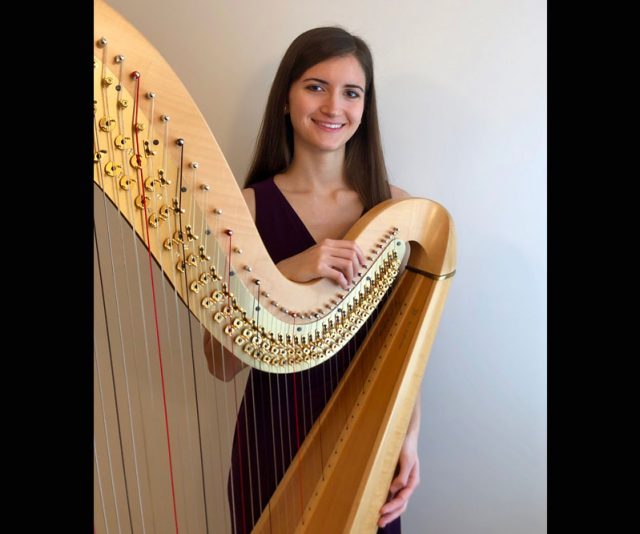 Ms. Garlisi has performed at several other notable venues in Florida and Ohio, including Artis—Naples, the Cleveland Renaissance Hotel, the Cleveland Ritz Carlton, the Cleveland Botanical Gardens, University Hospitals Geauga Medical Center, and the Willoughby Lexus Center. Her repertoire is diverse in genre, including classical, popular, film, hymn, rock, oldies, and folk music.

A well-rounded musician, Ms. Garlisi is also an accomplished pianist. She has won many piano competitions and has performed as a piano concerto soloist with three different orchestras. She graduated from the Cleveland Institute of Music’s Preparatory Department, where she studied piano, music theory, and chamber music, and received the Outstanding Theory Award. Ms. Garlisi has also studied flute and violin. She currently teaches piano and harp lessons at the Willoughby Fine Arts Association and Fairmount Center for the Arts.

We had such a great wedding reception thanks to Eric and Katrina! Eric was […]

Dan Bruce was the best choice for our Cleveland OH wedding! He provided absolutely […]