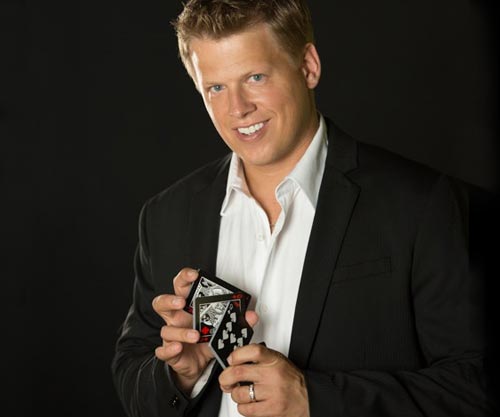 Rick Smith Jr. is a young entrepreneur who has taken his love and talent for magic and turned it into a successful business. He caters to both young and old, working children’s parties, local restaurants, corporate events, professional athletic organizations, and even national trade shows. He is recognized across the nation for his stunning card-throwing abilities and magical talent.

In 2002, Rick Smith, Jr. broke the world record for throwing a playing card 216 feet 4 inches, a feat that landed him a spot in the Guinness Book of World Records. He can throw cards through apples, celery, bananas, and watermelon rinds, and uses his accurate aim to hit targets up to 90 feet away. His amazing magic and card stunts have earned him several guest appearances on national TV talks shows, including ABC’s Master of Champions (on which he was given the title award), The Ellen Degeneres Show, NBC’s Last Call with Carson Daly, Steve Harvey’s Big Time on the WB, the Wayne Brady Show, and Ripley’s Believe it or Not!

Cleveland Music Group is partnering with Rick Smith Jr in Magic Gives Back, a unique school fundraising opportunity in the form of a Vegas style magic show! Read more about Magic Gives Back on our blog.