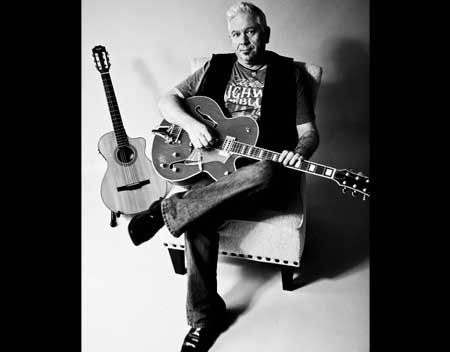 Wes’s experience in the music business has been very diversified. Over the past decade he has enjoyed success as a guitarist, producer, audio engineer, music composer, and sound designer. As a guitarist, he is among North East Ohio’s “A” list of studio and live players. Wes’s credits include song writing, audio production, and sound effect design for Hasbro Toys, American Greetings, Learning Horizons, Sesame Street, America Online, Yahoo.com, and Little Tikes Toy Company. He also composed and performed music for the PBS educational series “Study Jam,” and produced sound tracks for the hit MTV series “Undressed.”

When he’s not on the road or in the studio, you can find Wes performing at various local venues, weddings, and private functions. Whether performing solo, with accompanying musicians, or enhanced solo (with light backing tracks) you won’t be disappointed. With a repertoire which includes original compositions as well as familiar melodies from artists like Sting and Elton John, Wes has something for everyone. Consider the unique style, sound, and special ambiance that only he can bring when planning your next event.